It will begin on River Street at the County Road 30 intersection and go south to Railroad Avenue, east to Second Street North, north to Elm Avenue, and east to the Tiger Drive intersection. This route follows the same streets as it did in 2017. The parade route, County Road 30 to Tiger Drive will close at 8 a.m., and Elm Avenue East to County Line Road Southeast will be closed beginning at 9 a.m. July 4, and will remain closed until the completion of the parade.

Please come to town early and pick your spot to enjoy the festivities at Minnesota's Oldest and Largest Celebration! 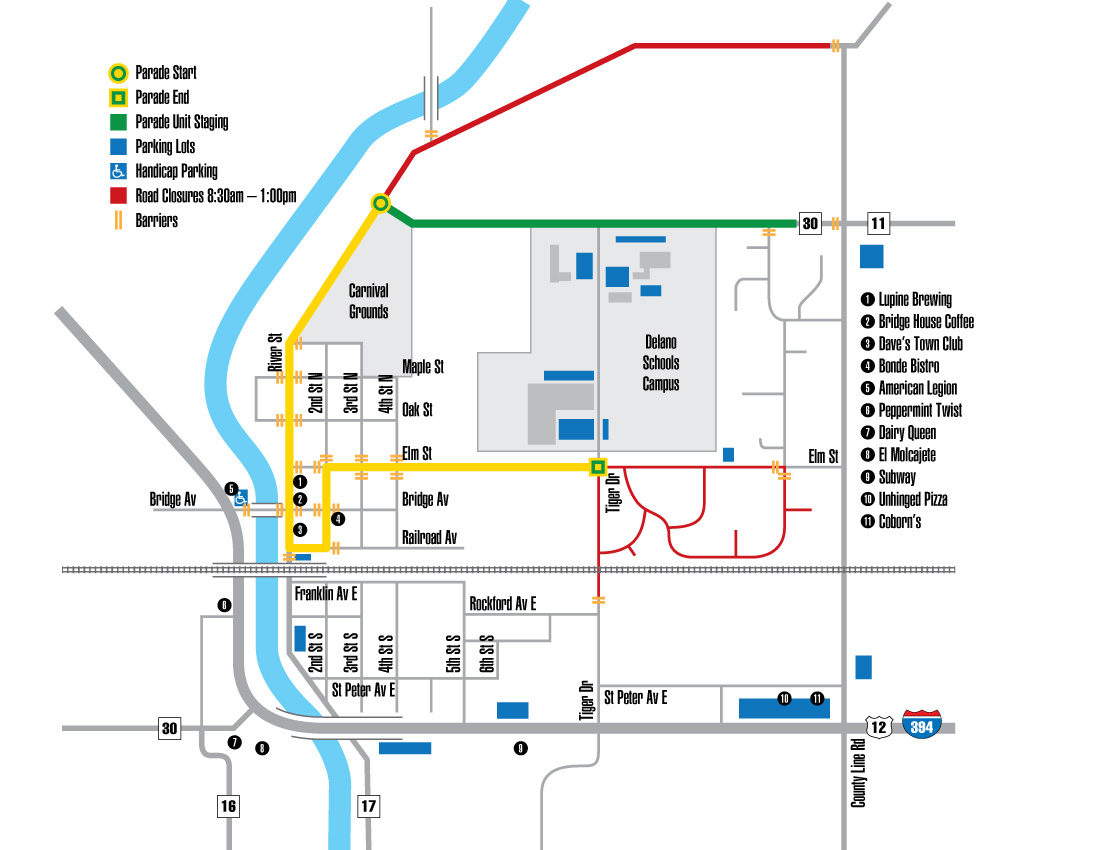